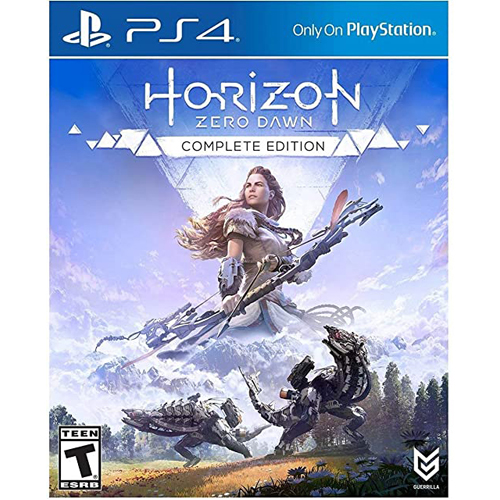 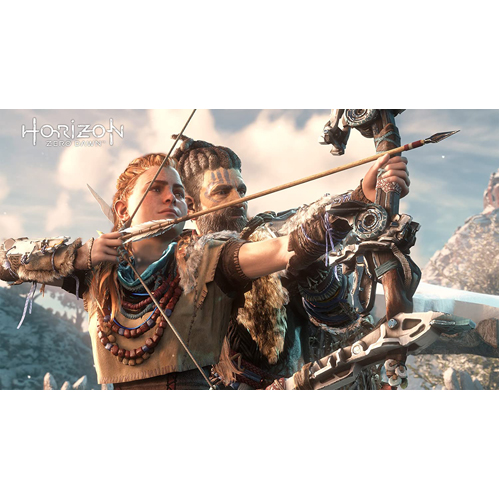 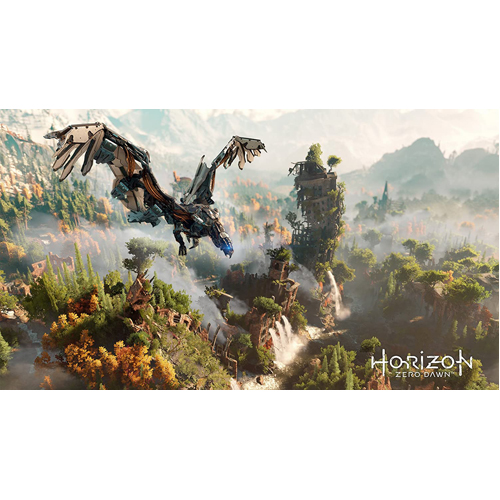 Pay in 3 interest-free payments on eligible purchases. Learn more
Success! We will let you know when this product is available again.
Your email address has been unsubscribed!
Your email address has been unsubscribed!
Notify me when this product is available to purchase!
This email address is already subscribed to this product!
In an era where machines roam the land and mankind is no longer the dominant species, a young hunter named Aloy embarks on a journey to discover her destiny. Explore a vibrant and lush world inhabited by mysterious mechanized creatures. Embark on a compelling, emotional journey and unravel mysteries of tribal societies, ancient artefacts and enhanced technologies that will determine…
Read More
Category Video Games Tags Action/Adventure Video Games, PS4, Software, Sony, Value For Money SKU TCD-222463 Availability Out of stock
Share
Share this
91%

In an era where machines roam the land and mankind is no longer the dominant species, a young hunter named Aloy embarks on a journey to discover her destiny. Explore a vibrant and lush world inhabited by mysterious mechanized creatures. Embark on a compelling, emotional journey and unravel mysteries of tribal societies, ancient artefacts and enhanced technologies that will determine the fate of this planet and of life itself.

Horizon Zero Dawn signals a departure for Guerrilla Games, they are best known for the Killzone series. So how does the developer's first foray into third-person open-world games fair?

The Land That Time Forgot

Horizon Zero Dawn by Guerrilla Games is set roughly 1,000 years in the future. Tribal communities live their lives surrounded and hunted by mysterious high-tech machines. Who are the legacy of our real world and the result of technological advancement gone awry?

How the world ended up this way is shrouded in mystery. But our protagonist, Aloy, an orphaned outcast who locates an advanced communications and analysis device, holds the key to finding the answers. This newfound tool - known as a Focus - allows the player to tap into artefacts and gain information about the past. For a triple-A title, the story is quite a slow-burn and takes time to reveal the full story of the world's downfall. But once the story gets going, the revelations you uncover more than makeup for time spent navigating the slower story beats.

While the story is fantastic (eventually), it's the games combat system that truly shines. The intricately crafted world is full of mechanical beasts, cultists and outposts to takedown. And Aloy is more than capable of handling herself. She has the ability to deftly leap out of harm's way and jump straight back into the fight. Her arsenal of weapons and ammunition gives her the ability to bring down Zero Dawn's huge robotic monsters. Of course, you need to unlock these weapons through story progression. Aloy's starts with a simple bow and arrows but eventually gains access to charged bolts, slingshots, and an assortment of tricks and traps to help initiate battle with the upper hand.

Switching between tools mid-fight is made easy by a weapon wheel. Opened with a simple tilt of the right stick, it slows downtime while you plan your next move. It's easy to get used to and proves invaluable against larger foes.

Dodge-rolling, turning around, jumping and aiming your bow in slow-motion never gets old. Aloy's Focus also allows her to identify enemy weak points. This is extremely useful when planning your attack. It also ensures you never waste ammunition testing areas of your opponent to find them.

Horizon Zero Dawn keeps combat feeling fresh throughout the campaign by introducing new robotic foes at a steady pace. You'll start by facing small bipedal Watchers, but eventually, you'll be fighting with rampaging crocodiles and large cat-like robots with cloaking devices. By the end of the game, you'll confidently race into battle against the towering metallic T-Rex's - the one's that have become the poster child for Zero Dawn.

The games large map is predominantly wild, but settlements are easy to find. Most are small with just a few shacks and a store. But a few are miniature kingdoms with more merchants and quest-givers. Sadly these side quests are fairly generic, with many being by-the-numbers fetch quests.

While combat is at the forefront of Horizon Zero Dawn, you'll spend a lot of time gathering any resources. These allow you can to craft Aloy's ammunition and traps, upgrading item storage, and creating health potions. Crafting is a delightfully simple affair, with an easy to navigate crafting menu, which can be filtered to show what you can make with your current items.

Items and resources aren't the only reason to scour Horizon Zero Dawn's expansive map. There are also constructs that lie hidden in the earth. Exploring and completing these dungeons grant Aloy the ability to hack specific robotic animals. Some robots will fight on your side, others can be hacked to leave you alone and a few allow you to ride on their backs... sadly the giant T-Rex doesn't fall into this category.

Beyond your reward for tackling these high-tech dungeons, they also contain several logs that can be accessed through Aloy's Focus, which give fascinating insights into a world and residents before the fall. All of which works towards building a world you'll want to get lost in.

Horizon Zero Dawn is phenomenal. It signals the first departure from the Killzone series for developer Guerrilla Games. At first, it may seem like a risk for the team to step away from its first-person shooter roots and create a third-person open-world action game. But Guerrilla Games have done it with such effortless finesse you'd never know this was their first attempt. Horizon Zero Dawn is brimming with greatness that fuels your desire to keep exploring its beautifully realised world.