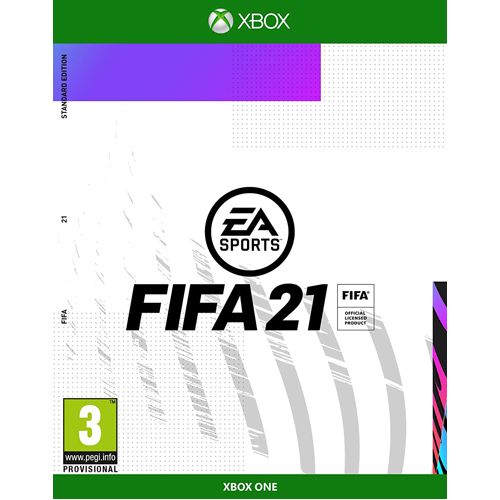 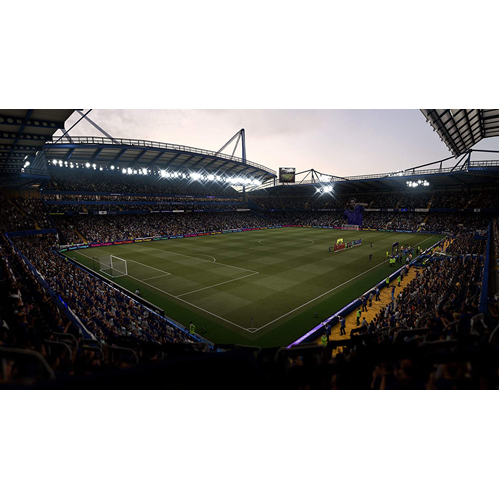 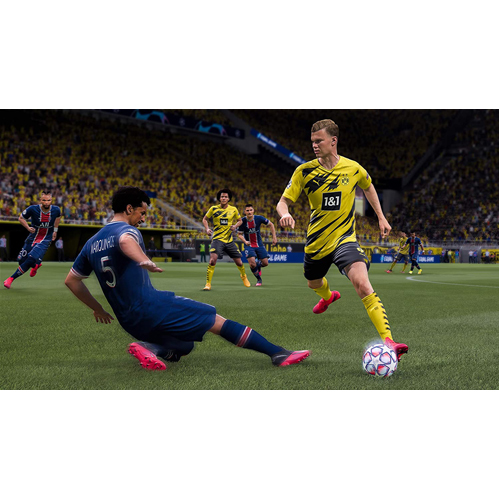 you could earn 4829 victory points

you could earn 4829 victory points

Win as One in EA SPORTS FIFA 21, powered by Frostbite. Whether it’s on the streets or in the stadium, FIFA 21 has more ways to play than ever before – including the UEFA Champions League and CONMEBOL Libertadores. Buy now, get the Next Gen game for free and carry progress over to the Next Gen version on Dec 4th
Read More
Category Video Games Tags EA, FIFA 21, FIFA Video Games, Sale, Software, Sports Video Games, Xbox One SKU VCS-M1RESSELE12291 Availability 3 in stock
Share this
83%

Win as One in EA SPORTS FIFA 21, powered by Frostbite. Whether it's on the streets or in the stadium, FIFA 21 has more ways to play than ever before - including the UEFA Champions League and CONMEBOL Libertadores.

Fifa 21 is a difficult game to review. If, like me, you end up with the new Fifa each year then there is a good chance you'd feel like not much has changed. However, if you have skipped a few years then this is probably the most complete Fifa you could hope for. Having tried out some of the modes and spent most of my time in actual matches I'm ultimately glad I updated.

The Ghost of Christmas PESsed

Back in the 16 bit days, it was always Fifa for me, my mate had this weird game on his SNES and I didn't like it. Playstation days changed that though and I discover the joy of PES. I can't remember exactly what led me to abandon Pro Evo. A combination of lacklustre updates and peer pressure is what I image made me crumble like a weather-beaten stick of chalk. The biggest thing, I think, was the feeling of scoring a goal. Fifa seemed to nail the celebratory nature of it in a way PES didn't quite manage. Since then, I admit, I've dabbled in some PES, but Fifa has remained my staple footballing video game. Even though it can sometimes feel like changes from year to year aren't as impactful as you might be hoping I've always hung in there. This year has the added pressure of being a next-gen release year, meaning the dev teams will be preparing for that on top of the yearly release. Given all that how does Fifa compare to last year? Especially when PES has gone the other way offering a cheaper 'update' rather than a full game. Let's find out!

First impressions were actually overwhelmingly positive. I'd heard the goalkeepers were terrible and defending was hard. The first thing I noticed, though, was the dribbling. It felt, and continues to feel, much smoother than previous and inputs more accurately 'do' what I imagine they will do. Holding down one of the triggers (depending on your preferred control set up) allows you to put your body between the ball and a defender, and this seems more effective than before too. EA made a lot of noise about player intelligence and there are some clear indications this has worker - particularly when it comes to held runs and heading. This seems to have been at the expensive of the goalkeepers though who are now as inconsistent as your average England first team keeper. Venture online and you will see players trying shots from even further afield as the keepers often remain rooted to the spot. This means, particularly online, that game scores seem 1 or 2 goals higher than last year. It's also a big area of frustration for me. Let's be honest we all like to blame something when it's not going well for us, but when you can replay the goal and see the complete non reaction of the keeper, it's hard not to feel a little cheated. Attacking intelligence and headers are better than even though. And perhaps my biggest issue with Fifa for the last few years has been fixed - attacking players can actually break away and outrun defenders at last. Of course, you need the right ball and a player with pace, but it's glorious. Playing with a pacy team who maybe aren't the best (Aston Villa were my choice) is really good fun as their wingers can cause havoc. What's beautiful is that this works better against some teams than it does against others. You really do have to switch tactics for the occasion.

Back in my PES days, there was a term for those moments when you just felt the game hated you. It seemed like scripting took over and nothing you could do would stop the inevitable fight back. We called it 'moded'. It's hard to tell whether this appears in Fifa 21. I certainly felt it happened in 20, but that could be my own ineptitude. Time will tell, but so far I haven't seemed to have a match where I've lost every 50/50 and can't string two passes together. Speaking of modes the usual array is here. I'm usually a career man myself, fashioning a virtual clone and taking him to greatness. The usual creation suite is available and it seems no better or worse than before. Career mode itself has had a visual sprucing but apart from new training games I've not seen any radical differences. Randy McBiscuit has started his life at Villa and we will see where he ends up. Online seasons seems more stable than last year with less mid-game lags. Of course the same risk of your opponent disconnecting continues, and you will meet the occasional numpty online. This is not down to the game though. I do wish I could mark a player who just passed around the back, or stood on the corner spot with the ball so that I didn't face them again. Volta mode also returns and feels like a fun distraction, but I can't see it stealing too much time from the main modes, although initial impressions were that if felt smoother than before thanks to engine upgrades.

I've always stayed away from Fifa's money-making play mode. The fear of addiction is very real and one of my own nephews spend £40 on player packs only to receive nothing he wanted. For review purposes, I dipped my toes and found it a mixed bag. I really like the team chemistry and the excitement of opening packs and having to have teams for different challenges. I really hate the need to have contracts for all your players and the fiddliness this brings. In fact, the whole mode is quite overwhelming for a newcomer like me, with multiple screens that don't give me much clue what they are for. I'll stick with the simpler modes thanks! I have heard that some of the annoyances of the past including the removal of fitness cards. Volta is another mode I rarely tinkered with last year but this year I've been having a lot of fun with it. The 'house rules' from last year return too and these are a fun way to play locally. One feature I hadn't seen advertised and only discover through on-screen prompts is the 'rewind'. Essentially allowing you to rewind a play and try again. I believe this only appears in the kick-off mode, but it's quite fun to reset a move and try to change the outcome. It's impressive use of the tech and something I'd like to see EA play with in the future. I could see this implicated in a lot of different ways. The chance to change key moments from you last year of career mode for example. Manager Career mode has received tweaks, including an interactive sim mode, and training options.

Ultimately I'm having a lot more fun and a lot less consistent frustration in Fifa 21 than I use too. The smoothness of the gameplay almost accounts for those goalkeeping errors. Combined with proper pace application and crisp passing Fifa 21 is an attackers dream. Defending has been criticised but I have found it to be an improvement. I've used the manual defending set up for a while now and I think it's been implemented better here than ever, so I'm finding it quite good. However, I haven't really used the auto-tracking system so can't comment on that. This is a hard game to give a score too. I think that if you are new to Fifa you should probably add 5% onto my score and if you are a returning player maybe take the same amount off. For me, it still scores high because the modes I play are more about the pitch gameplay than the behind the scenes stuff. The pitch seems to be the main place for improvements this year and that's fine by me.