Fallout Shelter: The Board Game

Fallout Shelter: The Board Game Fallout is a huge video game franchise that already has spawned a couple of board game conversions. Here Fantasy Flight Games bring us a board game version of the popular mobile game Fallout Shelter. Just like the mobile game the board game sees you managing a number of vault dwellers as an officer. Your vault dwellers happiness is key so you will n…
Read More
Category Board Games Tags Fallout, Fantasy Flight Games, Strategy, Worker Placement SKU ZBG-FFGZX06 Availability 5+ in stock
Share this
70% 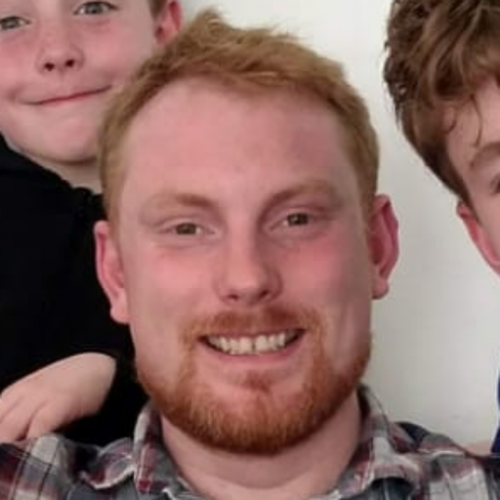 Fallout Shelter: The Board Game

Fallout is a huge video game franchise that already has spawned a couple of board game conversions. Here Fantasy Flight Games bring us a board game version of the popular mobile game Fallout Shelter.

Just like the mobile game the board game sees you managing a number of vault dwellers as an officer. Your vault dwellers happiness is key so you will need to balance pushing them to work hard with looking out for their needs. Complicating this more are the monsters that should up and need a good battering!

The game comes in a metal tine reminiscent of lunchbox tins that also feature in the mobile game. It also shares the cartoony art style and look throughout the components. Speaking of which the components are excellent throughout. From the vault dweller miniatures to the clear monster cards that over lay on the rooms it’s great stuff!

You will use you vault dwellers in a worker placement style to activate rooms, have babies and fight monsters. You are in charge of a whole level of the underground vault, but you can place in other levels, although the owner of that level will get a reward.

Some spots require you to pay costs and you can manage your resources on a small player board that holds the cubes nicely in place. You can also train your dwellers using the familiar S.P.E.C.I.A.L. stats allowing them to gain bonus when played in future rounds.

Threats will come at the end of each round determined by dice rolls. To see them off you will need to place a dweller on them and roll off against them. This can be risky as your dweller might get injured. Fallout Shelter The Board Game is not only a great adaptation but also a surprisingly good gateway worker placement game in it’s own right.

Life is good. You are one of the lucky few survivors inhabiting a world ravaged by nuclear fallout. Before global annihilation, your ancestors found sanctuary in a state-of-the-art Vault-Tec shelter. Decades later, here you are, enjoying the comfort and convenience of vault life. You feel nourished and safe from the devastation and horror of the outside world. Secure, deep underground, with food, clean water and reliable power. Providing all this is your wise and benevolent Overseer - the person in charge of it all. That is until their tragic and unexpected death. Now someone needs to step in and take control of this Fallout Shelter. This could be your time to shine. After all, how hard can it be?

Fallout Shelter is a light-hearted worker placement game based on the mobile phone app of the same name. The board game introduces a competitive element that accommodates 2-4 players. Publisher Fantasy Flight Games recommends a player age of 14 and over and predicts a playtime of 60 to 90 minutes.

Welcome to the Vault of the Future!

Players represent officers competing for election to the position of Overseer. Each officer controls a different level of the underground Fallout Shelter. Whoever generates the most happiness will win the hearts and minds of the vault dwellers. If you can win over the dwellers, the election is in the bag!

What makes vault dwellers happy? Why, expanding the vault, performing tasks and eliminating threats, of course!

A good overseer knows how to make the best use of dwellers to maximise production. Each officer controls a different vault level but can assign their dwellers anywhere. This means players are competing for access to resources. Each room in the vault serves a specific purpose and contains two locations. These locations are where dwellers perform their tasks and produce resources. The challenge is getting the location you need to keep your plans on track.

In Fallout Shelter, a round consists of players taking turns to assign dwellers to tasks. Players pay costs associated with task locations before claiming the produced resources. Dwellers remain at these locations, so each location is only used once per round.

Once each player has placed all their dwellers, the round ends. New rounds begin with the introduction of threats. It can be risky to tackle threats as there is a chance of injuring your dweller. But there are usually rewards besides regaining access to the location. The game concludes at the end of the round in which the final threat occurs, or a player has built their sixth room.

Everything has a price and, in Fallout Shelter, power, food and water are the currency. Caps on the number of resources you can store require prudent planning to avoid waste.

Dwellers are in short supply with seven per player. Each player begins the game with two and must make use of rooms to gain access to more. The more dwellers you have, the more you can achieve so it's wise to raise dweller numbers early. Training dwellers in one of their S.P.E.C.I.A.L skills double rewards for actions requiring those skills.

Vault life isn’t risk-free. Threats often appear at the start of a round, with their location determined at random. Power outages and fires are occasional problems, while infestations of huge, irradiated pests are a frequent occurrence. Well, at least it can’t get any worse than that, right?

Exploring the wasteland can yield valuable finds like weapons, clothing, and animal companions. These provide advantages during the game that can be vital to success. Deathclaw attack? No problem when you have a minigun. Already used it? Good job your Golden Retriever is here to fetch another one for you. Failed the roll? Don’t worry, you can give it another go with the Fat Man. Deathclaw still got you? A handy Stimpak will get you on your feet again. And with the end-game bonuses from wasteland junk, you’ll need a footlocker or two to organise your hoarded loot! (Footlockers not included.)

As the name suggests, Fallout Shelter seeks to replicate the feel of the app in board game form. It does a great job of this due to the mechanical and aesthetic design. The board game focuses on competitive play rather than expansion and customisation, but all the core actions of the app remain.

Both the suggested age rating and game length on the box seem to be overestimated. The content and challenges are suitable for vault boys and girls as young as ten. Excluding teaching the game, it can be set up, played and put away within an hour.

The rule book is an easier read than Grognak the Barbarian. Concise and well written, after only a few minutes of reading, you'll be ready to G.O.  A.T. it!

A lot of care has gone into the crafting of this game. The quality of each component is excellent. I tip my hat to the institute. Rifle through the cards and you see the images are straight from the Fallout Shelter app. Even the transparent overlays of the threats help to reproduce the 3D effect of the Vault. Boy, did Fantasy Flight do a good job with the components!

Minor details shine through, like the irradiated look of the resource cubes. Even the happiness tokens are a cheery match to the app. And the handy resource track is a quality touch. Anyone who has enjoyed the app will appreciate this attention to detail

Fantasy Flight must have been busy at the workbench creating Fallout Shelter. Each dweller mini is unique and styled as a replica of the S.P.E.C.I.A.L skill bobbleheads from the Bethesda Fallout RPGs. These perky characters are a delight to drag around the vault. And if you want more, you can even upgrade your vault experience with the Fallout Shelter Gamemat.

Even the box got extra attention and is attractive enough for a front-row spot on your game shelf. Inside is a quality insert that keeps components separated even when shaken vigorously (I had to test it!).

The components are compact enough to make this a good travel game but not with the original box. The design of the tin mirrors the iconic lunchboxes from the video games. This makes it a great collector's piece for fans, but it also makes the box twice as big as it needs to be. Well, you could always use the extra room to stash your bottle caps or your actual lunch!

Chinks in the Power Armour

Unlike many other worker placement games, there is no cost to maintain workers. This makes thematic sense since all officers and dwellers are a community. You'd expect the burden of feeding the inhabitants to be a shared responsibility. But this makes recruiting dwellers the most likely source of competition early on. Anyone left behind here is at a big disadvantage.

Although small, there is a risk of being unable to change which player takes the first turn in a round. The first player token, which determines this, is only available from one location. If it's blocked by a particularly difficult threat, it can allow one player to keep the token without cost. This is a considerable advantage. It removes the cost of retaining the token and keeps an extra dweller free for other tasks. It also puts the onus and risk of tackling the threat on the other players. A house rule that prohibits placing threats on this space is a simple solution to this problem.

The income generated when players use each others' rooms is small and some rooms are similar. This diminishes the impact of room choices. Addressing these design issues could create a more sophisticated game. Nevertheless, the current design retains accessibility for younger and less experienced gamers.

Fallout Shelter: The Board Game is a slick and novel example of a gateway worker placement game. It's also a good, light addition to established game collections. It's most suited to video and app gamers but it's also capable of entertaining a much broader audience.

The board game captures the essence of the app but doesn't demand prior knowledge of the series. The artwork and style are charming and appealing. And the care and attention to detail will be v.a.t.sly appreciated by fans.

The lunchbox-style tin crams in a lot of themes (though without including any actual Cram!) What's more, the concise and simple rules make it quicker to get to the table than a lukewarm bowl of Insta Mash! The compact components and 60-minute playtime manage to make it suitable for lunch break gaming. (But remember to bring your actual lunch box too!)

Fans of the Fallout series will enjoy this S.P.E.C.I.A.L addition to their collection.