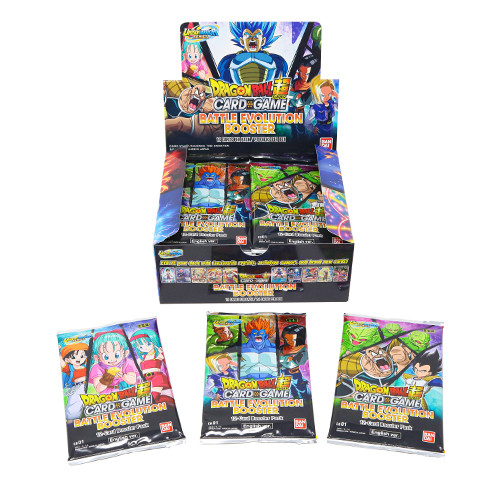 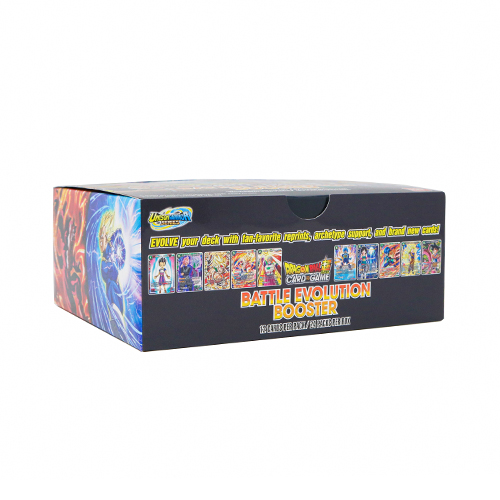 you could earn 6049 victory points

you could earn 6049 victory points

A brand new way to evolve your deck!

Battle Evolution boosters give you the edge in deckbuilding. These packs are full of hard-to-find reprints and sought-after staples! These even include cards from pre-constructed decks. Starter and Expert Deck cards can be yours without having to buy everything else! Of course, not everything is old. There are also 68 brand new cards to collect, designed to boost meta archetypes and create new ones!

There are 16 new Super Rares to get your hands on! 12 of them are brand new cards, and 4 of them are well-loved reprints. All of them will greatly improve your deck, though! The return of cards like Obuni, Afterimage Slash and Basil, Fatal Rampage allows many more players to explore these decks! Android 13, The Mission Begins and SS3 Son Goku, Even Further Beyond make Android and Saiyan decks even stronger! Let’s not forget the brand new secret rare too! Heroine’s Lineage powers up characters like Android 18, Ribrianne, Kakunsa and Bulma!

Brand new archetypes also make an appearance! Fill the field with Saibaimen using Nappa & Saibaimen, the First Invaders! In the show, Nappa could beat Piccolo, Tienshinhan and Chiaotzu with one attack, so Nappa, Break Cannon Unleashed can KO 3 cards at once!

Next up, a brand new Arrival leader! Android 16, Bottomless Inferno uses Arrival to control the board! Use Android 16, Steadfast Ally to find Android 21, A Bad Omen and deal huge damage!

Finally, Bulma finally gets a new leader card! Bulma, Life of a Heroine is all about the Heroine type! With functional errata on the card, all Universe 7 heroines are officially counted as such! Use this to wipe out the board, along with the female characters from Universe 2!

Contains 24 boosters of 12 cards each.