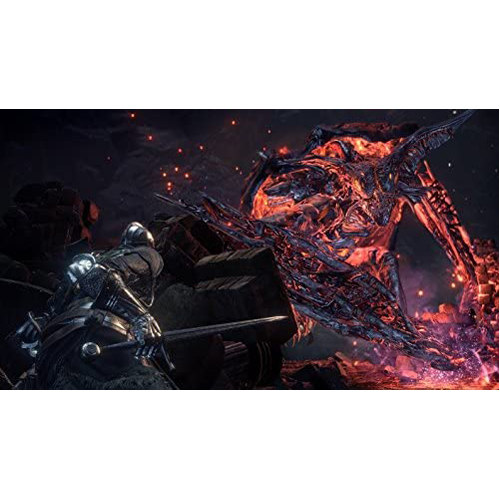 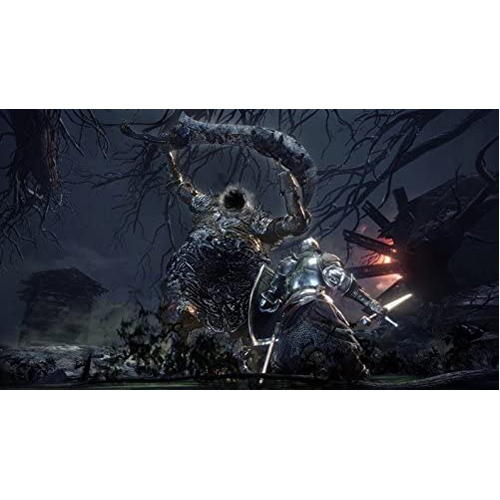 Pay in 3 interest-free payments on eligible purchases. Learn more
Success! We will let you know when this product is available again.
Your email address has been unsubscribed!
Your email address has been unsubscribed!
Notify me when this product is available to purchase!
This email address is already subscribed to this product!
Claim the lord souls and rekindle the flame, ashen one. The Game Of The Year winning Dark Souls 3 returns in the Fire Fades edition of the game. Having won GOTY in 2016, followed by RPG Of The Year a year later, the final Dark Souls game was incredibly well received and widely enjoyed. Now you too can enjoy the horrors of the Kingdom of Lothric! The First Flame fades once more, and …
Read More
Category Video Games Tags Action RPG Video Games, Bandai Namco Entertainment, Dark Souls Video Games, PS4, Software SKU VAD-P4RERPINF99203 Availability Out of stock
Share
Share this
90%

Claim the lord souls and rekindle the flame, ashen one.
The Game Of The Year winning Dark Souls 3 returns in the Fire Fades edition of the game. Having won GOTY in 2016, followed by RPG Of The Year a year later, the final Dark Souls game was incredibly well received and widely enjoyed. Now you too can enjoy the horrors of the Kingdom of Lothric!
The First Flame fades once more, and the Prince Lothric has defied his fate of rekindling it. The bell tolls and the old Lord of Cinder arise, but they also refuse to perform their duties. A failed Lord, you arise as the Ashen One. Collect the souls of the Lords, as well as that of Prince Lothric, and return them to their thrones in the Firelink Shrine. Once you have completed this gruelling task, facing down 12 bosses and 6 optional ones, you must slay the Soul of Cinder and choose one of four endings based on your actions throughout the game.
On top of the main game, the Fire Fades edition comes with the two DLCs: Ashes of Ariandel and The Ringed City.
In Ashes of Ariandel, you must burn the painted world of Ariandel and allow the painter girl to create a new world. Defeat the two new bosses and collect new weapons and armour before igniting the painted world and burning it away.
In The Ringed City, fight your way through Dreg Heap and Earthen Peak, then defeat the Demon Prince to travel to the Ringed City. Defeat the guardian of the Church of Filianore and awaken the daughter of Lord Gwyn. Can you find your way to the end of the world and defeat the corrupted Slave Knight Gael?
The Dark Souls 3 campaign has a play time of 33 hours.
Ashes of Ariandel has a play time of 4 hours.
The Ringed City has a play time of 7 hours.

Ever since its release in September of 2011, the Dark Souls games have been used to designate a title that is both difficult and frustrating. In fact, even just the mention of the word Dark Souls makes some gamers steer well clear of that title for fear of throwing their controllers out of the window. Whilst I myself was a latecomer to the series (I started with Dark Souls 2), I have fallen deeply in love with its genre-defining gameplay. With its rich and full worlds regardless of the sheer difficulty of some bosses and areas. This brings us swiftly to the focus of this review, my favourite in the whole series: Dark Souls 3.

Dark Souls 3 is the fitting conclusion to the Dark Souls trilogy. It mixes both new and old worlds together to form a bleak landscape right at the end of an era. Created by the great Hidetaka Miyazaki, you take control of the Ashen One; a being tasked with linking the first flame to keep the world of Lothric as we know it from dying. This quest falls to you after the current Lord of Cinder revoked his destiny and chose to hide away and let the world solely fade out of existence.

Other previous Lords of Cinder have also been brought back to life but each one shirks their responsibilities, with most deciding to follow their own agendas. These previous Lords form the main objective of the game: defeat each one and restore their essence to their thrones to open the pathway to the first flame and either restore the balance or let the world slowly fade from existence.

The story of Dark Souls 3 is an interwoven epic with a western fantasy feel but you will not learn anything from cutscenes. If it’s the fantastic lore you are after, you will have to read every item, spell and weapon description to gain the knowledge you seek. It is a clever and unique way of telling the story by not telling it. You can delve as deep as you like or just play the game without the lore, it appeals to both camps.

"Rise, if you would. For that is our curse"

Right from the get-go, the game has a few choices to make whilst creating your character. The character creation is fairly deep (hello sliders) but it’s the class choices that really help define your character. Each obviously has its own pros and cons but all playstyles have a place in Lothric. Want to be sturdy but able to heal with magic? Come on Cleric! Fancy staying away from enemies and attacking from afar? Sorcerer or Pyromancer are your buddies. You also have a choice of starting gifts that can help on your journey. Whilst they all do different things, you are free to develop your character as you see fit so you are never completely limited by your early choices.

Not long after climbing out of your coffin, you come across your first bonfire. These act as your checkpoints and later on you can use them to warp yourself to any other unlocked bonfire. Bonfires are always a welcome sight, usually placed after a difficult area or defeating a boss, the sense of relief you get when you find one is immeasurable. They truly help you to feel like you have accomplished something.

Just down from the bonfire, you will come face to face with the first boss of the game; Iudex Gundyr. This fight is a good indicator of what you are in for going forward as well as getting you used to the controls. He is both fast and has a long reach but luckily his health is not the best. It is during this fight where you learn the tricks of your trade.

Rolling is handy as its fast and grants invincibility frames that help when dodging attacks. ‘Turtling’ can be useful if you have a shield (basically always keep that bad boy up.) Parrying is your bread and butter… if you can pull it off! Combat in this game is both a balance of managing your stamina which drains after-action you take and waiting for that opening to jump in and attack. Patience is key. I personally love the combat system as it really does make you feel like a badass, but it does take some getting used to. It is one of those things that is easy to learn but hard to master.

Once Gundyr is down (it took me 4 tries when I first faced him), pat yourself on the back. Then get ready to head to Firelink Shrine. This place acts as your hub world where you can level up both your stats and weapons as well as purchasing items by spending souls: the currency of Dark Souls. These are either collected from slain enemies or by using consumables. Firelink is also home to many NPC characters with their own quests and motives. Helping them can unlock special items, armour or weapons (of which there are plenty!) There are swords, clubs, whips, axes, bows… the list goes on. This really helps to carve out your character and playstyle, just be sure to try them all to see which one you like the most. My preference is greatswords, charged R2/RT pokes for the win!

“If you didn't invade, didn't pillage, whatever would you do?”

Dark Souls also brings multiplayer into the mix with its co-op and invading system. If you are embered (a status where you have higher max health after using an ember) you can summon NPCs or other players as ‘white phantoms’ to help you get through an area or defeat that one boss that is beating you around the head. There is even a password-matching system that means you can always summon your friends instead of accidentally summoning the wrong person.

But beware. Whilst you can summon help in an embered state you can also get invaded by another player or players. The more helpers in your world, the more likely you are to encounter a ‘red phantom’. Invasions introduce the PvP aspect of this game and highlights just how versatile the combat really is, not to mention keeping you on edge. The feeling of defeating an experienced player is second to none. You can also invade other worlds by using red-eye orbs if you’re feeling particularly confident. A covenant system tailors how you help (or hinder) other players with rewards for succeeding in the objectives of each one.

“And so it is… that ash seeketh embers!”

I won’t delve too much into the game and its story as it truly needs to be experienced first-hand. Let’s talk about presentation. Boy, is this game beautiful! From the decaying walls of Lothric castle to the snow-covered valleys of Irithyill, the game is dripping with personality, allure and character. Each location feels connected to the overall world with a place and purpose. You can even see future unexplored areas from the high wall of Lothric. It is just a little touch, but it is something that helps it to feel like a real interconnected world.

Dark Souls is an odd series when it comes to its music. You only hear haunting and mesmerising scores during the boss battles, with only ambient sounds whilst exploring most areas of the game. What this does is it helps make each boss a ‘trial’ that you have to overcome, as well as making the battle feel truly epic. Composers Yuka Kitamura and Motoi Sakuraba really nail that western fantasy world trope whilst creating melodies that you will be humming for months. I actually have a Dark Souls playlist on my Spotify, it is just that good!

"When the Ashes are two, a flame alighteth"

As I said at the beginning of this review, Dark Souls is a genre that brings to mind a tough as nails game that will just anger you to the point of frustration. But stick with it and you will find a game that whilst super hard, is extremely rewarding.

Not many games can make you feel like you have achieved the impossible but Dark Souls 3 truly does. When you finally defeat that one boss you have been stuck on for what feels like an age or when you pull off that perfect parry on an invader and hear a weapon ricocheting away from you, man does it make you feel unstoppable!