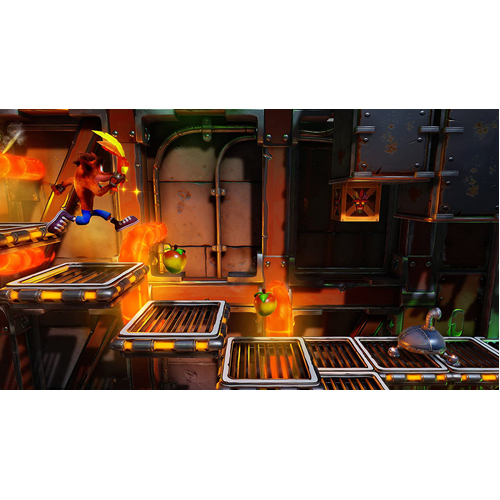 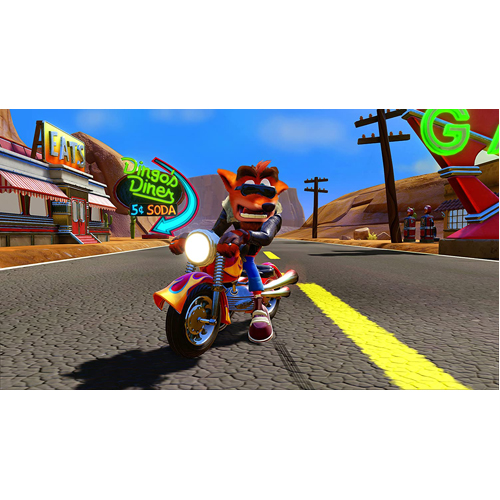 you could earn 3064 victory points

you could earn 3064 victory points

Your favorite marsupial, Crash Bandicoot, is back and he’s enhanced, entranced & ready-to-dance! now you can experience crash bandicoot like never before in fully-remastered HD graphical glory All the gameplay remains the same as before, however it packs a punch with the HD graphics and quirky additions. Crash the crates and collect every Gem you can in Crash Bandicoot, Cr…
Read More
Category Video Games Tags Activision Blizzard, Crash Bandicoot Video Games, Platformer Video Games, PS4, Software SKU VCS-P4READACT23666 Availability 3+ in stock
Share
Share this
90%

Your favorite marsupial, Crash Bandicoot, is back and he's enhanced, entranced & ready-to-dance! now you can experience crash bandicoot like never before in fully-remastered HD graphical glory All the gameplay remains the same as before, however it packs a punch with the HD graphics and quirky additions. Crash the crates and collect every Gem you can in Crash Bandicoot, Crash Bandicoot 2: Cortext Strikes Back and Crash Bandicoot: Warped Relive all your favourite Crash moments in their fully-remastered graphical glory and get ready to put some UMPH in your WUMP! 3 Full Games, 100+ Levels & 2 Playable Characters Experience N. Tense Platforming, Epic Challenges & Adventures Stunning New Animations & Graphics

Everyone's favourite bandicoot is back an in business in the Crash Bandicoot N Sane Trilogy!

Crash Bandicoot is the first game I remember playing. Around my dad’s friend’s house, reluctantly made to join him as he popped over to say hello. I was five-years-old being shown this new game on a shiny new console I’d only really heard about. And right there and then, my addiction was born. Decades would follow filled with incredible gaming moments, thousands of immeasurably blissful hours spent in various worlds and countless pounds spent. Crash Bandicoot is entirely to thank.

Sure, if it wasn’t Crash it would probably have been something else. Goldeneye. Metal Gear Solid. Spyro The Dragon. But Crash Bandicoot holds a truly special place in my heart. Just as it does for so many others.

So when, after countless hints and rumours (playing the game in Uncharted 4 was definitely a hint, right?), the N Sane Trilogy, a full remaster of all three Crash Bandicoot Playstation games, was announced it was music to so many of our ears. Though built from the ground up using original creator Naughty Dog’s level geometry, we were promised a faithful remaster that brought back those fond memories. All whilst providing the challenge those games were so renown for. And faithful it is.

Faithful to its Cortex

The N Sane Trilogy is every bit as faithful as developer Vicarious Visions promised it would be. From the main menu, you can access any of the three titles and as soon as you start playing memories come flooding back. Each title looks exactly like you remember it looked. Even if your memory is probably quite charitable.

Playing that very first level of Crash Bandicoot, where you awake washed up on a beach and make your way forward whilst dodging circular slabs of stone, spinning into crabs and bouncing on boxes full of wumpa fruit, it’s all so incredibly familiar but with a stunning visual flair like never before. Environments and Crash himself look better than ever before. His fur has the texture we’re used to seeing in modern gaming, truly bringing this iconic character into the current generation.

Levels look exactly as they did before but understandably have far greater detail. Luscious foliage, detailed stone markings and colourful enemies oozing personality all create a stunning landscape whilst retaining that visual identity that Crash games are famous for. Vicarious Visions have somehow made a game that matches the visuals of the original with your nostalgia filter fully switched on. Faithful too, is its commitment to challenging, often infuriating gameplay.

The Crash games are hard. Perhaps even more so than you remember. This remake doesn’t attempt to ‘modernise’ the controls. A positive for ardent fans. A negative for newcomers.

As in the original, it requires incredibly precise input from its player and offers little to no margin for error. Whether it’s timing a difficult jump, dodging obstacles, or reaching a difficult box, Crash Bandicoot games over a substantial challenge. The third game is easily the least tough. It's additional mechanics making things far simpler, but all three feature a time trial mode which elevates the difficulty to dizzying heights. Unsurprisingly, the time trials require you complete the level in a set time frame, breaking numbered yellow boxes as you go to pause the ticking clock. To achieve the Platinum time (and what Crash Bandicoot completionist would you be if you didn’t) is fiendishly troublesome. It provides one of the most difficult endeavours in all of gaming.

Previously only available in Crash Bandicoot 3: Warped, the time trials are now in the first two games too. That means that you’ll need to race through ‘The High Road’ faster than you’ve ever felt the need to. Remember that level? Where you make your way over a broken bridge, fog severely restricting your view ahead (or was that just the draw distance in 1996?), whilst you avoid hogs and jump on turtles to bounce over large gaps? Achieving Platinum is nightmarish. Then you have levels like Slippery Climb and Fumbling In The Dark to contend with.

You have to be something of a masochist to desire and achieve full completion of these titles. But it is without doubt one of the most rewarding achievements in all of gaming, too.

The Crash Bandicoot games aren’t particularly long, with 33, 32 and 37 levels in 1, 2 and 3 respectively. But packed in one release, with time trials in every level, every box to break and crystals to find, there is tons to enjoy here! Plenty of hours of entertainment to be had. In fact, if this was a full-priced release I wouldn’t have felt overcharged! Of course, if you’re only concerned with finishing each level, your time spent with the N Sane Trilogy will be far shorter. Though still extremely enjoyable. Levels are so cleverly designed, constantly throwing new enemies, obstacles, and ideas at you.

Crash Bandicoot games feature so many iconic sounds alongside its instantly recognisable theme tune. Boxes breaking or being jumped on, Crash spinning, dying and floating into the sky as an angel, gaining an Aku Aku mask, collecting wumpa fruit, TNT and Nitro boxes. Hearing them now with more clarity than ever before is a delight. They are, certainly to me, sounds so intrinsically linked to my love of gaming that it’s impossible not to smile the first time you hear them once again. The remastered soundtrack too, in all its uncompressed glory, is fantastic. It adds further to the waves of nostalgia you'll regularly feel playing the N Sane Trilogy.

Whilst it’s not for everyone, the Crash Bandicoot N Sane Trilogy is a joy for old fans and even the uninitiated gamers who are looking for a new challenge. There is no getting around its finnicky controls and outrageous difficulty but, far from being a negative, it is this that makes the Crash series so distinguishable and also rewarding to play. Packed full of charm and personality, the loveable marsupial is back. I’m glad (and at times, extremely angry) to have him.