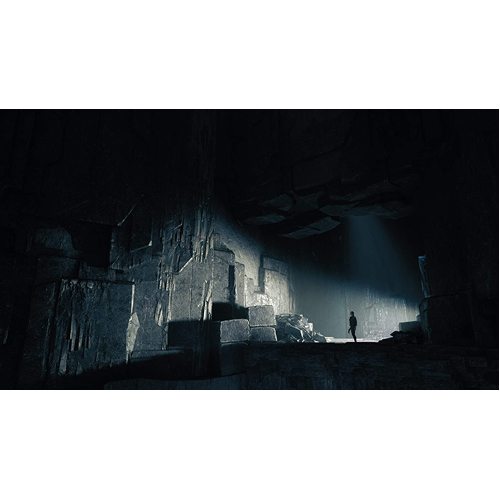 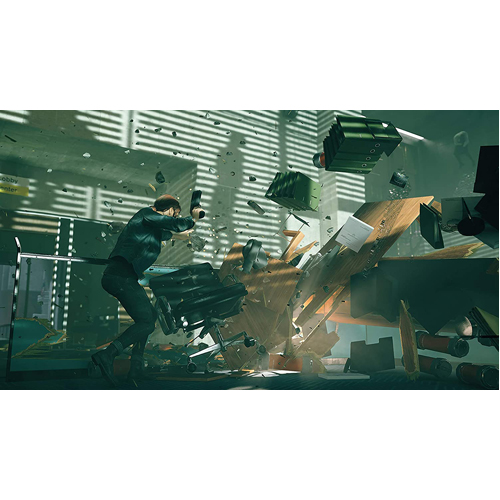 you could earn 1599 victory points

you could earn 1599 victory points

After a secretive agency in New York is invaded by an otherworldly threat, you become the new Director struggling to regain Control. From developer Remedy Entertainment, this supernatural 3rd person action-adventure will challenge you to master the combination of supernatural abilities, modifiable loadouts and reactive environments while fighting through a deep and unpredictable wor…
Read More
Category Video Games Tags 505 Games, Action/Adventure Video Games, Control Video Games, Sale, Software, Xbox One SKU VAD-M1READGAM04252 Availability 2 in stock
Share
Share this
91%

After a secretive agency in New York is invaded by an otherworldly threat, you become the new Director struggling to regain Control. From developer Remedy Entertainment, this supernatural 3rd person action-adventure will challenge you to master the combination of supernatural abilities, modifiable loadouts and reactive environments while fighting through a deep and unpredictable world. Control is Jesse Faden’s story and her personal search for answers as she grows into the role of the Director. The world of Control has its own story, as do the allies Jesse meets along the way. Jesse works with other Bureau agents and discovers strange experiments and secrets.

There's an interesting resurgence of 'X-files' style pop culture happening currently. From Stranger Things to Homecoming a fair few TV shows have adopted a feel of the Mulder and Scully rom com. Remedy Entertainment have dabbled in this field in the past with Alan Wake and now with Control are well and truly running with it.

Through its protagonist, Jesse, Control offers you some third person shooting thrills with the added benefit of telekinesis and other 'super human powers'. With fond memories of both Psi Ops and Alan Wake I had high hopes for Control.

Control starts you out in the reception of 'The Oldest House' the headquarters of the Federal Bureau of Control (FBC). It throws us right in the deep end of the twilight zone with the building seemingly deserted and Jesse talking to either the player or an unknown entity. Soon she meets the Janitor, who despite his very odd behaviour she deems trustworthy, and these are just the opening notes!

Story is important to Control, so I will try to be spoiler free here, but let me say that if you want to have a scooby about what is going on you need to watch the cut scenes. I'm not one for long unskippable cut scenes, but Control handles them well. They are, by in large, well done and engaging, although often throw up more questions than answers. There is one notable exception to this where Control indicates a certain character has a task for Jesse, but despite engaging them in conversation five times in a row no task was forthcoming. As someone who usually skips cutscenes, I went into control knowing I would want to watch and was not disappointed.

It's not long before you find out the Jesse is not talking to you but an entity she made a connection with during a formative but disastrous childhood event. This is quite handy, because inexplicably Jesse becomes the FDC's Director approximately five minutes after entering the building. She dons this title by taking possession of the Service Weapon (or Director's Gun) which is an Object of Power in Controls world. Oh yeah get ready for acronym city baby. We have Objects of Power, Altered World Events, Altered Items and so on.

Interestingly there is more than a hint that the events around Remedy Entertainment's older Alan Wake was actually an Altered World Event, and certainly part of the same universe. Which makes me also want to go back and play Quantum Break just in case it too ends up connected! On top of this bewildering jargon Jesse has a new staff to manage for a job which she has got with no application process and an invasion by a sinister entity known as The Hiss.

Thankfully, all she has to do is show her minions the Service Weapon and they fall in line pretty quickly, as do The Hiss if you point the business end at them anyway. The other rest of the FBCs acceptance of Jesse is by far the strangest thing going on and hints at some of the plot points you will later discover.

The Hiss are the main villains of the piece, taking control of all manner of staff around The Oldest House and turning them into mindless zombies. Jesse has no problem plugging these former FBC agents full of lead or chunks of wall, as it's suggested there is no return for them anyway.

Once the main story has ended you can still pick up side missions you haven't finished and random timed 'Hiss incursions' that are failed if you die, even if you are in the middle of a different mission or just on your way to them. Added to map issues mentioned later and these missions were a bit of a bind.

Bosses were varied and for 90% of them I felt that I knew how to beat them after a few attempts and would nail it next time. There, were two or three that were a big jump in difficultly though and felt like they caused more cheap deaths than was bearable.

She's out of Control

That's the story broadly covered but what off the gameplay? Well Control plays out in third person shooter style with some metroidvania style elements. Apart from her powers the Service Weapon is the only firearm Jesse will use, but it can transform into various other styles eventually giving you access to the usual pistol, shotgun, machine gun, rocket launcher and sniper tropes. You can have two quick equipped at anyone time and you can each style to hold three upgrade mods making them more efficient, or to your suiting.

Alongside the guns you will add telekinesis (called Launch), shield, which raises a load of rocks from the ground forming a barrier in front of you. Evade lets you move quickly in one direction for a few metres, levitate is not as good as full flight but not to be sniffed at. There is also seize which can take control of enemies with low health, turning them into temporary allies. All of which can also be upgraded to be improved - a particular favourite of mine is the ability to crash down on enemies from above during levitate.

For the most part this all plays out in excellent fashion. The lack of fire power is momentarily disappointing but more than made up for by Jesse's powers. Combining these with an upgraded Service Weapon is hugely satisfying. Swooping in and taking control of a couple of enemies before launching an explosive barrel at another before flying off to a better vantage point feels great.

It's easy to do to thanks to sensible control pad mapping, the only real issue is only being able to have access to two Service Weapon types at a time. You can change these from the pause menu though. The only really complaints I have are on some levels where precision is needed. One boss encounter in particular resulted in more deaths than needed due to the floor being destroyed while I was levitating around and me not being able to see this before trying to land. This is particularly frustrating when you are re-spawned at the nearest save point which can be a bit too far away.

Go in and out of the pause menu caused the game to hang briefly on and Xbox One S. I assume this is better on the more powerful X model, but this was the only performance issue I encountered. The map screen however is not great. It overlays the game action blocking a large portion of the screen but doesn't pause the action. It is also not easy to read the map and on multi floored levels it is a real pain to tell them apart so finding your way can be difficult.

Some side missions are timed and this can add to frustration where you think you are going the right way because of the map reads. There was also a couple of times I got stuck on main missions due to the map.

The story is engaging while fantastical, but hooks into familiar tropes and themes, particularly the SCP Foundation being a strong source of inspiration. There are a few missteps, but overall it was one of the more memorable stories I've played.

Ultimately Control provides a great third person adventure experience with a memorable story. While it isn't perfect it is one of the stronger games I've played of recent years. There is no multiplayer and the main story and side missions will take you around 20 hours and there are at least two expansions due later in the year.

Control is not a typical first person shooter but it's gun play is satisfying, and the powers are done in perhaps the best way I have seen. I enjoyed Fallen Order, but it always bugged me that his powers only worked on certain objects. 'Aha locked door meet my light saber' I would think. Only for the locked door to be apparently made of adamantium. In Control when there are no objects to Launch, Jesse will instead rip chunk from a nearby wall or floor. It's these kinds of details and consistency that I want from video games in this day and age, and Control shows that delivering them is possible.