The City of Kings

you could earn 5691 victory points

you could earn 5691 victory points

This world used to be a garden full of life; from the flying Vadora to the deep-dwelling Dwarves but that was before Vesh came. The world has been lost and only one city remains; the oldest city in the world – and the last refuge for all of us. Now… we fight back. The City of Kings is a cooperative tactical roleplaying board game for 1 – 4 players in which your charact…
Read More
Category Board Games Tags City of Kings, Frank West SKU ZBG-COK01 Availability Restock Expected
Share
Share this
92% 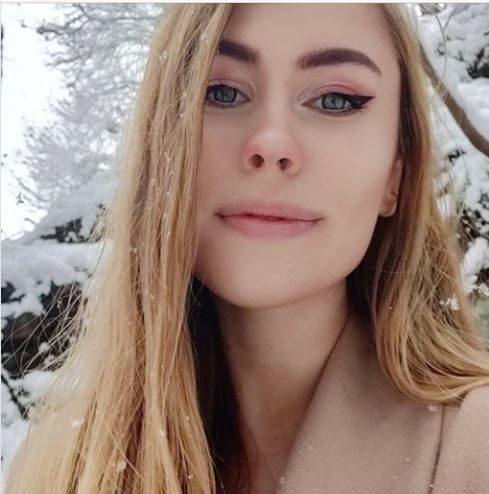 The City of Kings is a cooperative tactical roleplaying board game for 1 - 4 players in which your character is tasked with exploring the hazardous world, trading for vital resources, and battling your enemies whilst uncovering a story of a world imperiled.

This world used to be a garden full of life; from the flying Vadora to the deep-dwelling Dwarves but that was before Vesh came. The world has been lost and only one city remains; the oldest city in the world and the last refuge for all of us. Now... we fight back.

You start by choosing one of seven stories or twelve scenarios, then select your hero, with each of the six heroes featuring twelve unique skills and nine customizable stats that allow you to specialize in attacking, healing, tanking, worker management, or whatever you desire. Aside from your hero, you need to manage your workers, who must gather resources in order to trade for new items and build structures to gain powerful bonuses.

You explore across the Ageless Realms by turning over tiles, discovering resources, side quests, hazards, building sites, traders and creatures as you continue to power up whilst preparing to enter Azure Rise.

At its heart, The City of Kings is a complex puzzle featuring endless strategic battles. Each creature is generated from a pool of spells, characteristics and stats offering over 10,000,000 unique battle situations. There are no dice, damage is persistent, its up to you to customize your characters and work together to come up with a strategy to defeat whoever stands in your way.

The City of Kings is a strategic, role-playing game which lies within a vibrant world bursting with fantasy and storytelling. With up to four heroes to form your party, co-operative puzzle solving and strategic battles lie at the heart The City of Kings.

This Kickstarter success from designer Frank West began The City of Games publisher and has led to the creation of a fantastic community and an ever-expanding universe.

City of Kings - The Game

Your mission is to save a once beautiful and flourishing world, which has all but fallen to the corruption of the evil being, Vesh. Your party must defend what is left and reclaim the land back from evil.

The City of Kings entails insane battles and boss fights. Combat strategy is required for those who wish to succeed. Evil takes many forms and enemies are given various abilities. This includes blood-curdling beasts to a giant penguin, be prepared to challenge the unknown.

Alongside the main goal of winning back the world, there is also an abundance of side quests. Players can gain extra experience points in various ways. For example, by escorting innocent survivors around the map. Or perhaps by collecting vital resources in order to maintain the last bastion of hope.

Train your party of heroes to vanquish Vesh’s vile minions, forcing them back to their dark dwelling with their mutated tails between their legs. However, if you wish to play something quicker than a story mission (90-180 minutes), The City of Kings also offers scenarios (45-90 minutes). The scenarios offer smaller challenges which vary in difficulty, giving a good choice of play time to suit a play session.

The City of Kings offers a diverse selection of heroes to choose from, each with a unique background story and hero specific skill trees. The abilities you chose to upgrade determine which role your hero will hold within the party, from damage dealer, tank, healer, even a trader. There are nine different stats to improve and 12 unique skills for each hero. This allows for diverse playstyles that are fully customisable.

Working Together is Key

Although it supports solo play, The City of Kings is best enjoyed with multiple players. Co-ordination and co-operation is essential here. Even within the humblest of missions, you and your team must work together to devise and enact the best strategies. Sharing and allocating your loot is essential for success, ensuring that items and power-ups suit the play style of the party best.

So, perhaps you should think twice about the risk of your greedy play. Is it really worth jeopardising the rest of your team? These are just few of the many co-operative challenges that need to be regarded if your party is to succeed in reviving the world.

The City of Kings encourages and reinforces this sense of friendly co-operation. You can rest assured that experience points are always rewarded equally, with a party wide experience system. This promises a balance of levelling up within the party, leaving no player behind and creating a fair and inclusive experience for everyone.

The attention to detail and the quality of components is great, creating an overall durable game that will remain in good shape even after years of play. The City of Kings is packed with unique art. This makes each flip of the modular board and re-stock of items in the shop greatly satisfying.

However, the base game does not come with anti-knock sheets. It is crucial to keep note of your stats on the character sheets. Losing track of these can massively hinder the whole game!! Using anti-knock sheets is therefore strongly recommended!

Final Thoughts on The City of Kings

A friendly and creative community surrounds The City of Kings. One that encourages players to discuss strategies and share their experience by creating their own enemies and missions. The creator (Frank) personally addresses any questions posted to The City of Kings Facebook group. There are also plenty of other people willing to answer in minutes. Furthermore, new scenarios created by The City of Kings designers can also be downloaded for free, adding continuous replay-ability.

This is a very challenging game, and it will most likely take a few tries to complete a mission. The enemies can be immensely tough, so players should be prepared to fall a few times before they succeed. It's also a very big game which can take a while to set-up, and hours to play. Lots of table space and time is needed when playing The City of Kings!

Despite the difficulty of The City of Kings, the instructions and guides provided are very informative. After only a few plays, even those who are not experienced with combat strategy will find themselves progressing. As a result, you'll soon be able to take on even the toughest enemies that the game has to offer!