The original Century trilogy from Plan B Games featured three games. Setting-wise, 100 years separates each title. Spice Road, Eastern Wonders, and A New World were all designed by Emerson Matsuuchi. Soon after, Plan B reimplemented these into the Golem Edition. They redressed the setting, switching to a fantasy style and the resource cubes into gems. Century: Golem Edition An Endle…
Read More
Category Board Games Tags Card Game, Century, Family, Plan B Games, Strategy SKU ZBG-PBG40060EN Availability 3+ in stock
Share
Share this
84% 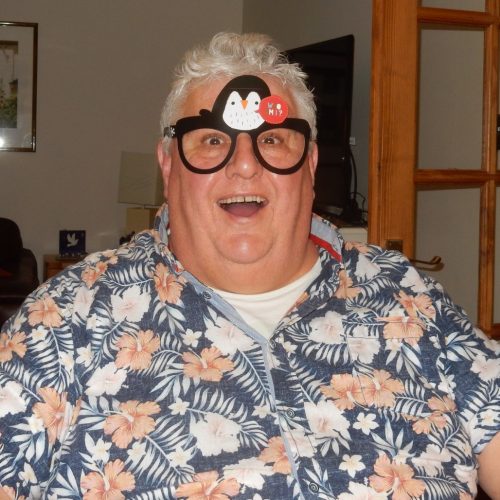 The original Century trilogy from Plan B Games featured three games. Setting-wise, 100 years separates each title. Spice Road, Eastern Wonders, and A New World were all designed by Emerson Matsuuchi. Soon after, Plan B reimplemented these into the Golem Edition. They redressed the setting, switching to a fantasy style and the resource cubes into gems.

Throughout the game, players place their meeples on spaces that provide trade actions. Like in Spice Road (and likewise, the Golem Edition), at some point you’ll take action retrieval. (Where you ‘rest’ and take your meeples back. In Spice Road, you reclaimed your spent cards back into your hand.) The alternative is to place a worker and ‘bump’ other workers present in that spot back to your opponents. Placing in sought-after hotspots sees your own workers return sooner than you thought!

Claiming contract cards (with required gemstones) provides end-game points. But that’s not all! They also contribute towards engine-building, which benefits your future placements. They become less expensive, and likewise all the more powerful in resource-gathering. Other cards reward you with unique set collection goals for end-game scoring. New areas on the board get opened up as the game evolves, increasing the options and levels of strategy.

Weight-wise, the Century/Golem games come in at around the gateway, gateway-plus category. They’re easy to learn… but difficult to master. As a game in its own right, An Endless World provides a pleasant array of variety with every play. But an appealing add-on with the Century games runs tue with the Golem Editions, too. This series can intertwine with one another to create hybrid games. You can combine any two of the Golem games to create a blend of gameplay. Or you can integrate all three for a giant (or should that be golem-sized?) game!

Century Golem Edition an Endless World is the not-so-snappy title of an actually-quite-snappy game by Emerson Matsuuchi from PlanB Games. The sixth in the series of Century games follows the original trilogy of Spice Road, Eastern Wonders and a New World to be the concluding chapter of the reworking of the three in Golem guise.

Golem Of The Century

The Century games all work on the basis of trading resources for better resources in order to gain victory point cards. In this case, the resources are now gems and the points are Golems. Both of these are, literally and figuratively, fantastic.

The gems are chunky, about the size of a D6, and are irregularly shaped so they are easy to pick up and a joy to handle. They come in four colours, yellow, the least valuable, up through Green, Blue and then Red the best. They each have their own pot which goes together as the four quarters of a circle with a neat overall lid to hold them together.

The Golem cards, too, are lovely. Printed on oversize playing card stock they have great artwork depicting giant Golems going about their allotted roles of Exploration, Traders, Help or Tools. When you gain a Golem card it will assist you according to its class.

Exploration will reveal more of the board. Traders mean more of your worker meeples move from reserve into your active pool. Help lets you activate a location using fewer traders and Tools give you extra gems when you work a location. The rules are well-presented on concise handy reference cards.

Century Golem Edition an Endless World may not be quite endless, but it does have a lot of variation. The board consists of four large tiles put together in a square. Each of these has six, or in one case five, locations on it. Three of these tiles are always used and the fourth can be one of three alternatives.

The top two tiles contain the four, all-important Golem locations where you can trade the right combination of crystals for the points-gaining Golems. All the rest are workable. Up to half of these start covering up.

The Golem deck is tailored to the player count and with two players there are only 4 Exploration Golems to uncover them. This seems a bit harsh but is to make sure there's competition for locations and adds, I guess, to variable replayability.

Each turn you can do one of just two things: place some traders on to a location to work it or recall all your traders to start again. Working a location will either let you

produce gems, upgrade gems, trade gems or pay gems for a Golem card. If another player is already there you must place one more trader that they have and return their traders to their pool.

This is an incentive to leave your traders out as long as possible making the sites more expensive. You cannot work a location that already has your traders on it until they have been rested i.e. brought home first.

When you gain a Golem card you can also take a bonus tile. You may have a choice of two and can have up to three in total. These either give straight points, points for set combinations at game end or move traders from your reserve to your active pool.

The game ends when a player takes their 8th scoring Golem and the rest of the round is played out. You then get the points for Golems, Bonus tiles, non-yellow crystals and possibly exploration tiles when you uncovered new locations.

The Bonus tile points for collecting sets of Golems can add significantly to your score. Gameplay then is a balance between going for Golems with high scores, good help or good set combinations.

One of the hooks of the Century series is that you can combine any two or more together. In Century Golem Edition an Endless World you get the rules and materials for the three possible combinations in the Golem world featuring an Endless World (EW) i.e. Golem Edition (GE) + EW, Eastern Mountains (EM) + EW and GE + EM + EW.

So that's three extra rules cards, extra bonus cards, new and different location tiles and a new set of golems. I haven't played any of the combos yet (and I'm not sure if you can mix Golem and original editions) but it's all there if I want it.

Would I recommend that you own Century Golem Edition an Endless World? Yes, I would. I own two of the Century series of games: one non-Golem - Eastern Wonders and one Golem Edition - this one. They are both good and both give you a lot of components in your box. (More say than the original Spice Road or Century Golem Edition). But the Golem Editions have the edge in having the lovely crystals to trade rather than the more fiddly spice cubes.

It's easy to learn with solid mechanics and a quick turn time. If you've not entered the Century world before buying this one. If you do have any of the other games, you get the added bonus of being able to combine them together. I wouldn't necessarily get both editions of the same version except, maybe, Eastern Wonders and Eastern Mountains. So off we go mining for gems.