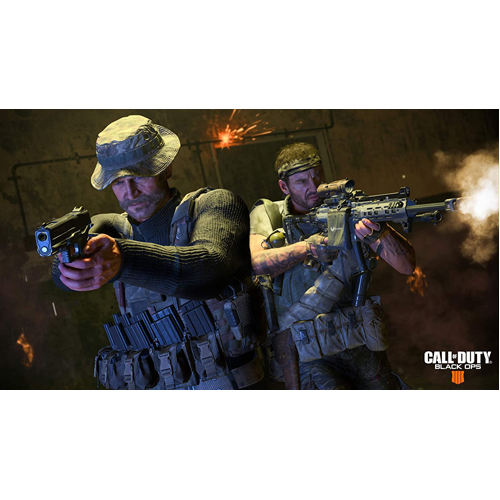 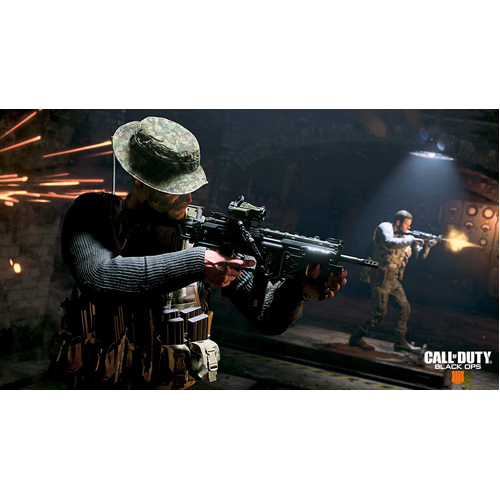 you could earn 5168 victory points

you could earn 5168 victory points

Prepare to go dark, Modern Warfare is back! The stakes have never been higher as players take on the role of lethal Tier One operators in a heart-racing saga that will affect the global balance of power. Call of Duty: Modern Warfare engulfs fans in an incredibly raw, gritty, provocative narrative that brings unrivaled intensity and shines a light on the changing nature of modern war…
Read More
Category Video Games Tags Activision Blizzard, Call of Duty Video Games, First Person Shooter Video Games, PS4, Software SKU VCS-P4REFPACT28575 Availability 3+ in stock
Share
Share this
81%

Prepare to go dark, Modern Warfare is back!

The stakes have never been higher as players take on the role of lethal Tier One operators in a heart-racing saga that will affect the global balance of power. Call of Duty: Modern Warfare engulfs fans in an incredibly raw, gritty, provocative narrative that brings unrivaled intensity and shines a light on the changing nature of modern war. Developed by the studio that started it all, Infinity Ward delivers an epic reimagining of the iconic Modern Warfare series from the ground up.

In the visceral and dramatic single-player story campaign, Call of Duty: Modern Warfare pushes boundaries and breaks rules the way only Modern Warfare can. Players will engage in breathtaking covert operations alongside a diverse cast of international special forces and freedom fighters throughout iconic European cities and volatile expanses of the Middle East.

And the story doesn’t end there. In Call of Duty: Modern Warfare, players will be thrust into an immersive narrative spanning the entire game. Experience the ultimate online playground with classic multiplayer, or squad-up and play cooperatively in a collection of elite operations accessible to all skill levels.

• In the visceral and dramatic single-player story campaign, the stakes have never been higher as players take on the role of lethal Tier One operators in a heart-racing saga that will affect the global balance of power.
• Experience the ultimate online playground with classic multiplayer.
• Squad-up and play cooperatively in a collection of elite operations accessible to all skill levels.

Call of Duty returns to a modern setting. But should the series just disappear into the past?

The Modern Warfare series has always strived to highlight the horrors of war. Sadly, in many cases, it slips into sensationalism, opting for shock tactics to get noticed (looking at you "No Russian"). With Call of Duty: Modern Warfare returning to a modern setting, Infinity Ward has stepped out of its headline-grabbing mindset and crafted a much more grounded story. It's still full of combat, but it constantly asks us -"where do you draw the line between doing what is right and doing what must be done?"

Throughout the campaign, you'll play as a few characters. There's Farah, leader of a group of freedom fighters. American soldier-gone-rogue Alex, "Echo 3-1". Sgt. Kyle Garrick, a UK soldier who gets the pleasure of teaming up with Modern Warfare's most recognisable and loved soldier - Captain Price.

The main theme of Call of Duty: Modern Warfare's campaign is chemical weapons. But it doesn't shy away from depicting other horrific acts of war. Some missions, and what they ask of you, can be uncomfortable and extremely detailed. Oddly for a Call of Duty game, some moments are extremely thought-provoking and raise interesting questions. I would've loved to explore these further in the campaign, but sadly, they get left behind as the campaign hurtles towards its explosive finale.

As long-time fans would expect, the missions involving Captain Price are the best. That's not to say the other missions are bad - very far from it. This campaign has the most varied missions we've had in a Call of Duty title in a long time. There are large-scale firefights and a tactical raid on a terrorist hideout (personally my favourite mission). One mission will see you directing people to safety via security cameras. And another will see you in a sniper position against increasingly overwhelming odds. This variety keeps the campaign fresh and each mission memorable.

The Call of Duty: Modern Warfare multiplayer is, when you ignore the 12-year-old screeching down the mic, among the best out there. Maps have plenty of cover, which doesn't eliminate the number of snipers and campers you'll face but helps keep the numbers down. There's a great selection of perks to suit different game types and play styles. Modern Warfare largely stays within the strong foundations of every other Call of Duty multiplayer mode without pushing them much. It's very much a case of if it ain't broke don't fix it.

That said, "Realism" mode is a brave new addition. It removes the HUD entirely, you'll have to listen to sound effects to confirm kills and comms chatter for when killstreak rewards and enemy intel are available.

None of the other new game types are quite as revolutionary and some are clearly better than others. TDM 20, a 10v10 version of the classic 6v6 Team Deathmatch mode, is an unnecessary filler. Gunfight is a 2v2 mode where you get one life and a loadout that rotates each round. Ground War has sprawling maps, with five control points to capture. Matches tend to outstay their welcome in Ground War, in no small part to it being for up to 64 players. NVG is a nice little twist with everything being in night vision for added tension.

Spec Ops, one of Call of Duty's only co-op modes, has had an overhaul. Rather than having short missions with a single objective and a star rating for scores, you now have a team of players who work together to complete a set of objectives. You start by choosing your role, each with its own special ability - the medic, for example, can revive fallen teammates.

Sounds great right? It would be if enemies didn't spawn in from all directions constantly. I like a challenge, but I don't like forever running out of ammo trying to clear a path to the next area. There are different loadouts available, but, due to the sheer number of enemy soldiers you come into contact with, everyone ends up going with the guns with the biggest clips, most ammo, and most stopping power. Finishing a mission in Spec Ops ultimately feels like luck rather than skill.

Survival mode is much more fun. It plays more like zombies mode, with kills turning into money that you use to buy upgrades. Enemies don't endlessly spawn either, with a much more manageable enemy wave system in place.

Multiplayer is what you would expect from a Call of Duty title. The new modes aren't ground-breaking but are fun. Spec Ops could be better and will hopefully receive patches in the future to keep enemy spawning under control. Call of Duty: Modern Warfare's campaign is one of the best in recent history with many strong and varied missions. The way it ends paves the way for a very welcome sequel.