Bunny Kingdom In the Sky Game

Bunny Kingdom in the Sky adds a new game board to the world of Bunny Kingdom that allows you to link fiefs in the sky with those on land. Aside from the game board, this expansion includes new cards, new types of resources, a set of playing pieces that allow five bunnies to play in the same game, and a larger type of building that increases your influence in that area by a factor of…
Read More
Category Board Games Tag CoiledSpring SKU TCS-BUNNY_K_SKY Availability 3+ in stock
Share
Share this
87% 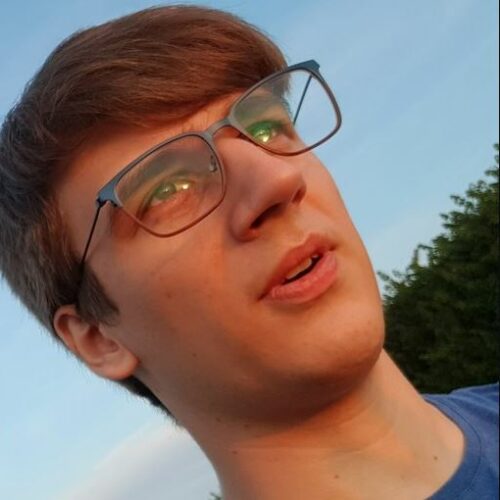 Bunny Kingdom in the Sky adds a new game board to the world of Bunny Kingdom that allows you to link fiefs in the sky with those on land. Aside from the game board, this expansion includes new cards, new types of resources, a set of playing pieces that allow five bunnies to play in the same game, and a larger type of building that increases your influence in that area by a factor of five.

Bunny Kingdom took an idyllic, lush world and poured hordes of passive-aggressive bunnies into its rivers and forests. The base game was a gorgeous, quick-to-play game designed by the man behind Magic: The Gathering, Richard Garfield. It was generally well received (read more about it in our review here!), but had some reviewers criticise it for confusing scoring and relatively little player interaction. So, does Bunny Kingdom in the Sky fix the issues with the base game? Does the expansion allow this game to soar to new heights?

Opening the box to this expansion is a treat. The art from Paul Mafayon (also responsible for King of Tokyo: Dark Edition) is brilliantly whimsical and vibrant, so as I took out the components I was already excited to get them onto the table.

In the Sky comes with an additional board to represent the newly discovered ‘Great Cloud’ region. This, along with the coins used for the new trade mechanic, form the crux of the content included with the expansion. Also in the box are the components for a fifth player. As well as a new type of city called ‘Carrotadels’ (more on these later!).

In terms of turn-to-turn play, this is more of the same. Sure, players will now receive coins whenever they create a fief consisting of more than one territory and the cards from the expansion offer interesting new decisions. Overall, though, the expansion plays out very similarly to the base game.

So, if the gameplay is similar, what does In the Sky offer which is new? The biggest difference is that the Great Cloud board is significantly smaller than the main board and given its high value, it becomes crowded with bunnies very quickly. The board is packed full of additional resources and large cities to help boost scores, but the limited space addresses one of the issues with the base game by forcing more interaction.

Looks can be Deceiving

In the base game, the drafting often felt lacking in interaction because players were rarely incentivised to interfere with their opponents. Once rough borders were in place between players’ fiefs, it felt like a wasted turn to take a card your opponent needed because it would very rarely further your own game plan.

Forcing players closer together in a resource-rich environment means not only that they must be more aware of each other, but also that any given card could help every player. This claustrophobic feeling is heightened since each row is offset from the next. This means that most spaces on this board are adjacent to 6 territories rather than the 4 on the main board, thereby increasing the value of each cloud territory and making each one feel even more hemmed in.

Further, the bonus resources available on the cloud are represented by building tokens. In practice, this means that nothing else can be built on them. To turn all these wondrous resources into points, players will have to claim the few empty spaces on the cloud and build cities. This increases the value of cloud territories even more!

The fluffy exterior of the Great Cloud, then, hides a more brutal and competitive interior. Not to worry though, if you liked the base game for its light-hearted approach to drafting then the Great Cloud makes your life a little easier.

Why Can't We Be Friends?

Players don’t have to get involved with the scrap in the sky, all that effort focussed there leaves less resistance for a sly player to gain more points on the main board. To help balance this approach against the glut of resources available on the Great Cloud, there are two new mechanics in the expansion, the fantastically named Carrotadels and the trade mechanic.

Carrotadels are simply 5-spired cities. They are invaluable in making large amounts of resources into scoring fiefs when there are not any other cities connected to them (incidentally this also makes them useful on the Great Cloud board). However, Carrotadels cannot be combined with other cities to increase scores further. This means that they are most valuable when they are in an area where they are likely to be the only cities present.

The trade mechanic gives players a coin every time they create a district (a fief with 2 or more territories). At the end of the game, each player gets points equal to the number of coins they have multiplied by the amount of luxury and wondrous resources they have. This, on top of the additional parchments added in the expansion, makes a last-minute sneak victory more possible than ever.

So, Bunny Kingdom in the Sky addresses the issue with player interaction in the base game. Does it solve the complex scoring?

Unfortunately, this is where the expansion falls down a little. Rather than simplifying or streamlining the scoring, it escalates the multiplications to higher numbers with greater numbers of resources. It adds an additional step onto scoring with the trade mechanic. Thankfully, the opportunity for surprise comebacks has been increased with a few high-scoring parchments. So the otherwise tedious scoring can have tense moments.

Another weaker area for the expansion is the additional set up. While not unnecessarily complex, the In the Sky does add additional layers to the base game which can cause confusion for new players. For this reason, it is likely that when playing for the first time, only the base game will be in use. This means going through the huge deck and picking out the expansion cards. For me, I almost always have a new player when playing games and so the set up and tear down for this game becomes incredibly bloated.

The extra cards to be shuffled also aren’t particularly welcome! While necessary for the additional complexity offered by the expansion, having such an absurd number of cards to shuffle makes it an incredibly long process to randomise the deck. This is a minor quibble though and is something most players will be more than happy to accept.

This expansion takes an already great game and elevates it to the troposphere (Get it? Because it’s where clouds are! No? Well, can’t fault me for trying). Given the choice, I would never play the base game without In the Sky added to the mix.

It facilitates a more aggressive playstyle and in doing so opens up some breathing space for more passive players. The production quality from Iello is superb and the bright colours work with the cutesy art to do wonders in catching the eye. If you enjoyed Bunny Kingdom, or even if you played it and found it lacking a bit of bite, In the Sky is a must buy.