you could earn 1426 victory points

you could earn 1426 victory points 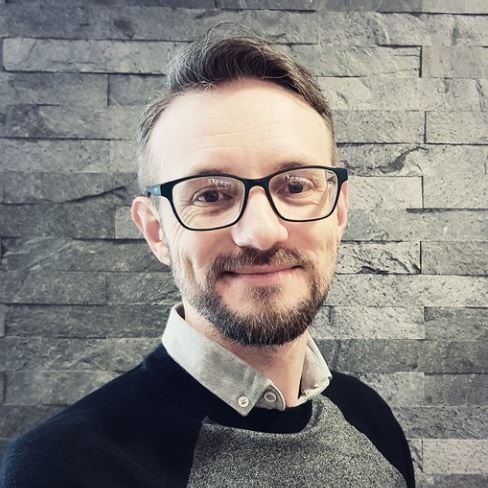 Carcassonne: Bridges, Castles and Bazaars is the eighth expansion to Carcassonne.

The expansion adds three new types of piece to gameplay:
- Bridges. These can be used to connect two roads over another tile. The bridge must be placed so that both ends are on a field and not in another feature. Bridges can be used to connect a road over a monastery or over a road going in an opposite direction. They cannot be used to make a road into a castle however. Once a bridge has been places it is treated and scored like a road;
- Castles. These tokens are placed on top of two-tile cities when they are completed. Instead of scoring for that city, players score points for the next feature completed in the two tiles to the left or the right of their castle;
- Bazaars. At Bazaars, players are able to auction tiles in exchange for points. This adds a marketplace style element to the game as players have to bid their victory points on tiles drawn from the stack.

The expansion adds a degree of strategy to the game, particularly regarding the bazaars and castles. The bridges both add to the gameplay and the visual appeal of the game. The additional elements make interesting amendments to the base game, whilst still ensuring this remains, recognisably, Carcassonne.

The elements from this expansion can either be used all at the same time, or players can pick and choose which elements they wish to add each game. At the very least, the expansion adds more tiles to make a slightly longer game.

As in the base game of Carcassonne, whichever player has the most points at the end of the game wins.

The base game is needed to use this expansion. The expansion is compatible with other Carcassonne expansions.

The great joy of playing Carcassonne is watching the landscape spread out across your table as you play. As you lay tiles, a countryside filled with large walled cities, complex road networks, rivers, fields and monasteries emerges. Different each time, there is something magical about this simple process of creation.

The release of multiple expansions has allowed this landscape to grow further across your table. It also allows for new and varied elements, from inns and towers to circus big tops. Crucially, these expansions also allow for the development and complication of the original game’s simple tile-placement mechanic. This is its defining feature, and the one that makes it such a great gateway game.

The expansions vary immensely, from the larger, numbered expansions to mini expansions like The Watchtowers. There have even been single tile expansions produced as promotions at specific gaming conventions and elsewhere.

Bridges, Castles and Bazaars is the eighth of the full expansions.

Looking at Bridges, Castles and Bazaars

Bridges, Castles and Bazaars was originally released in 2010. It has recently been republished by Z-Man Games and features new tile art by Anne Pätzke. The expansion now matches the artwork found in the 2014 version of the base game. It also now comes with a slightly improved rulebook.

As the title suggests, Bridges, Castles and Bazaars includes three elements. These are entirely modular. You can add all three units into your game at once or just one or two, depending on your preference. Additionally, these elements can be combined with those from other expansions for a more complex and time-consuming game.

The expansion comes with 12 wooden bridge pieces. Depending on the number of players at the table, everyone receives either two or three of these to use in the game. A player can place a bridge from their supply in addition to placing a tile on their turn. The main advantage bridges give is increased flexibility with tile placement as they allow a road to be continued over a city or section of field. For instance, a player can place a tile with a field edge up against an existing tile with an unfinished road and then place the bridge to continue the road over that field. This relatively simple mechanic allows for a subtle degree of complication to the gameplay.

The bridges are a brilliant addition to the game. I think they're one of the most successful elements from all the Carcassonne expansions. They work because they complement the existing rule set perfectly. Visually, they look great too. They introduce a sense of verticality to the game.

The castles element of this expansion introduces a light push-your-luck mechanic, or at least the opportunity to risk guaranteed points for potential future points. When a player completes a small city composed of just two tiles, they have the option to forego the four victory points they would normally receive and instead convert the city into a castle. This is done simply by placing one of the castle tokens over the city. As with the bridges, players have a limited supply of these.  Once a castle is in play the tiles around it are considered to be its fiefdom.

The castle scores points the first time a feature in this neighbouring area is completed. This introduces a new strategic element as other players must be mindful of generating points for their opponent, or perhaps of minimising their scoring opportunities by completing a feature earlier rather than later.

The last and most significant element of this expansion is the bazaars. It’s here that the 12 new land tiles come into play. Many of these feature colourful bazaars. When played, these trigger a tile auction that means the players themselves suddenly find themselves in a marketplace! At this point, the normal tile laying is set aside. Instead, several tiles drawn from the stack are put up for auction and players bid some of their victory points to buy them.

Whether you like this or not will depend on your feelings towards auction mechanics more broadly. It’s true that this element doesn't work as well at lower player counts and that the rules are somewhat awkward. It’s also the case that it breaks the normal flow of the game, although these problems are mitigated somewhat when using the supplied Bazaar variant rules.

Whether you choose to use the bazaar rules or not, you can still introduce the new tiles into your game, extending its play time. It’s also worth noting that two of the new land tiles in this expansion feature inns, and can therefore be used in conjunction with Carcassonne: Expansion 1 – Inns and Cathedrals.

The Bridges, Castles and Bazaars expansion is a mixed bag. The constituent elements complicate the base game’s existing systems, whilst also introducing an entirely new auction mechanic. Entirely modular, these different elements can be used together or individually, and can also be used in conjunction with other Carcassonne expansions.

The addition of new land tiles is always welcome, and the bridges will transform the look of your game. The bazaar auction mechanic may not be to everyone’s taste and works less well with two players.