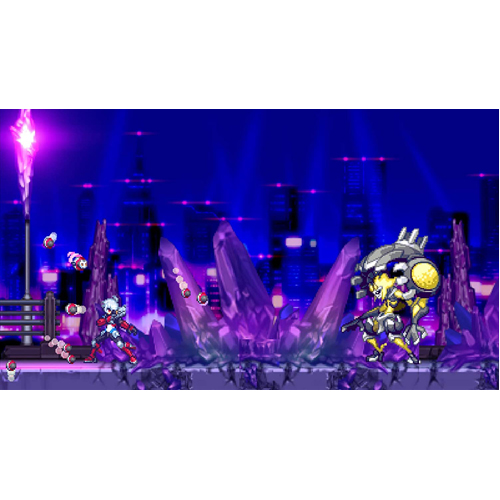 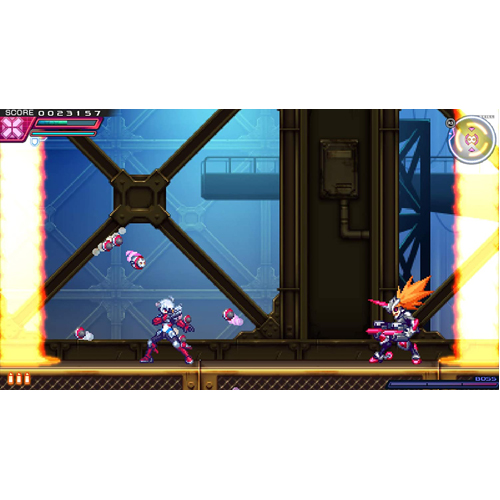 In ‘Azure Striker Gunvolt’, you take control of Gunvolt’s high-speed mobility and repertoire of electrical attacks to make short work of your enemies. As an ‘adept’ who possesses supernatural ‘septimal powers,’ Gunvolt fights for the freedom of the nation. In ‘Azure Striker Gunvolt 2,’ Gunvolt’s rival Copen joins the fight with his speedy Bullit Dash and powerful lock-on laser.

Azure Striker Gunvolt’s deep storyline plays out both during breaks in the action and in the thick of battle too! Featuring a robust cast of characters that are fully voiced (in Japanese) and over 25 vocal tracks performed by characters in the game, the world of Gunvolt provides excitement at every turn.