Add to Basket
85%
Find out more about our blog & how to become a member of the blogging team by clicking here
Jan 7, 2019 Board Games, Reviews Comments Off on Cataclysm: A Second World War Review

In late 1945 Japan’s doom is sealed. The Americans, with ample support from their British allies, have launched a seaborne invasion of the Japanese homeland and resistance, which until then has been stubborn, crumbles. The Russian bear, having remained in slumber, rouses itself to growl but little more.

In the West, Europe has already begun to rebuild itself after a somewhat half-hearted attempt by Germany to establish a Reich. The French had sapped their strength, stubbornly refusing to surrender despite having been hung out to dry by the British, their cries for help having fallen on deaf ears. The Italians had provided no aid to Germany, Il Duce content to do nothing but threaten Egypt only to incur the wrath of the Allies and be swept up themselves.

By any measure, this was a cataclysm (for the fascists) of a second world war.

Cataclysm: A Second World War is a grand strategy game, by Scott Muldoon and William Terdoslavich, which provides the players with a sandbox to explore a multitude of potential outcomes divergent from familiar history. By starting in 1933, the game does not force players down a well-worn path. Instead, with a framing which aims to set a scene, it provides a framework to enact strategy at the highest level, the narrative results of which are extremely compelling.

If there is one thing which makes Cataclysm: A Second World War stand out it is the game system. It is an elegant, well-designed combination of familiar mechanics brought together with innovations which set a standard for design and implementation. The political system tied to military build up and a power’s stability is a prime example of this.

Each player takes the part of one or more powers, which each belong to one of three ideologies: democracy, fascism, and communism. The game is intended to be played by 2–5 players but does play well as a solo experience. There are seven scenarios in the play book, ranging from the full campaign to shorter scenarios covering various periods, as well as a specific alternative history scenario.

The shorter scenarios can be chained together as a means of introducing players to the game’s systems, each lasting 1–2 hours. The full campaign plays out as advertised in 4–10 hours–the sandbox nature means games can end early. There is also a good Vassal module for play at the computer (useful for solo play and those with limited space).

Cataclysm is an area control game with pieces at the army, fleet, and air force level. As such the counter density is at the low end for a war game, which proves to be a good thing as some the areas of the map are quite small and can get obscured.

Each turn represents a two-year period which places a full campaign at around seven turns. It may not sound like many turns but a lot can happen in a single turn, especially later in the game. The initial part of each turn covers standard resource and build management, setting up for the body of a turn.

Turns play out using a chit pull mechanic which dictates the actions taken by each of the powers in the game. The randomness of this system can be mitigated to a limited extent by a reservation mechanism at the start of the phase, and as chits are pulled during the phase if the reservation slot is free, to allow some planning as to how events pan out. The chits represent force deployment, political activity using flag chits, military actions from offensive chits, random events through crisis chits, and civil war resolution.

During this phase, flag chits may be gained by powers due to the activity of opposing powers within their areas of interest, which leads to the tension between trying to advance a power’s goals while not providing flags for opposing powers. This provides a real focus for risk/reward planning. Germany would love to run into the Benelux countries and gain a resource but the flags this would give France and Great Britain may give them the political actions they require to prepare for Germany’s attacks in the future.

Combat resolution is straightforward with no strength numbers or odds to calculate but instead the rolling of dice, the number of which is determined by the forces present, air and carrier superiority, and modified by considerations such as surprise, augmentation, and supply. The highest dice for each side is taken and compared with losses being incurred by the lower dice roll or if even. With a retreat mechanic, which mitigates a loss, unit elimination is rarer than in most war games. Catastrophic losses can occur which force a stability test on the power suffering them, which adds a certain frisson to the more extreme roll mismatches.

As the turns play out, players will find their activities moving from the political towards the more military as powers increase their commitment to the inevitable war. The way in which this is managed by the powers is crucial to how the game plays, with the fascists trying hard to build their war machine while not overtly upsetting the initially passive democratic powers, and here may lie a problem depending on your view and level of competitiveness.

The United States in this game is very much the sleeping giant. Its industrial might is daunting. Much of the game for the fascist ideology comes down to achieving as much as possible without bringing the US into the war, the later the better. If the intent is to explore alternate histories, to try different strategies, and not be overtly concerned with who wins while still trying to do so, this is not really an issue. However, for the more competitive gamer, where winning is paramount, it can lead to ‘cheese’ strategies, which themselves are countered by more cheese, which can be unsatisfying.

There is some suggestion the designers may be aware of this issue as the Days of Decision scenario seems to be have been provided as the one to be used competitively, at conventions for example.

The rules for Cataclysm: A Second World War are well-written and clear with plentiful examples, good cross referencing, and red-boxing for important rules. While the table of contents is comprehensive, there is no index, which I’ve not found to be too much of a problem.

The play book includes a comprehensive example of a play which can be set-up and followed, as well as an interview with the designer, strategy hints, a glossary of terms, and a counter reference. Along with examples of some of the trickier mechanical aspects of the game on the back of powers’ cards, and additional reference cards, the designers have gone out of their way to make things as clear as possible, and there is good reason.

While this is no Third Reich, Advanced Squad Leader, or World in Flames, the rules, while not overly long or particularly complex, are plentiful. The challenge here is to remember all the things that need to be considered. It is easy to overlook a rule, some of which have major impact. It is highly recommended to continually use the player aids provided to checklist the phases of the game to avoid oversights. The generation of offensive markers on increased commitment and when belligerent during production is one common oversight.

Another aspect of the rules which can take some getting used to are the terms and their definitions. For example, the difference between opposing and enemy powers, the combinations of controlled and garrisoned areas, and what constitutes an interest. Again, the player aids do help but there’s a lot to digest

The production quality is generally good. The counters are a decent thickness but not up to the almost self-punching standard of some games. For the particular war gamer, you’ll be corner punching. Fortunately, there are not too many counters to corner and they fit neatly into a single shallow GMT counter tray along with the rest of the material, so everything goes back in the box in a snug fit.

The cubes used for marking control are industry standard. The card stock for the various play aids and games charts again is good, along with the print quality and use of colour.

The map comes in two parts, one for the European theatre, the other for the Pacific theatre. Together, with all the play cards, they can take up a fair amount of space. A two-metre table (six feet) would not be unreasonable for the full campaign. Being a paper map, it may also suffer the fate of all such maps and be subject to tearing along folds with time. A mounted option is available at extra cost.

I think Cataclysm: A Second World War is a cracking game. It fills a niche which needed filling and does it well. It takes strategy to a high level of decision making, and provides a genuine, suitably framed, sandbox to explore not the second world war but a second world war every time you play. 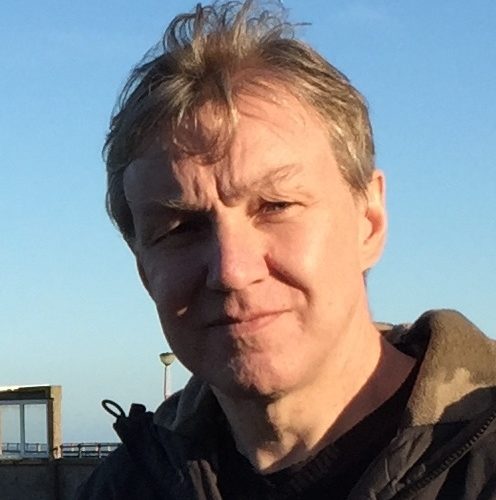